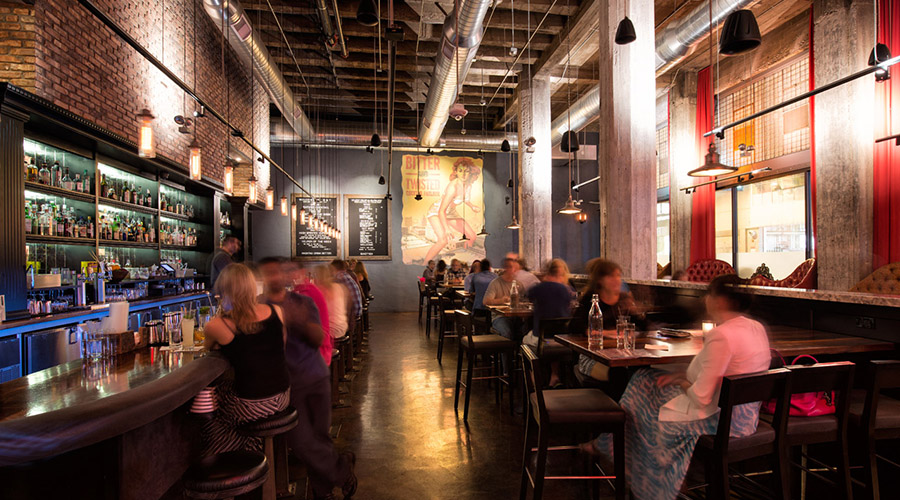 COCKTAILS CITIES ON THE RISE

You’ve heard about the secret speakeasies of New York and the swanky cocktail bars of Chicago, but the super cool spot in Austin that cuts its own ice in a backyard shed? Probably not. It’s a spirited time in the United States, and serious libations have come to cities near and far. Today we’re taking a break from the old standards and celebrating the up-and-coming towns that are breaking out the shakers and giving drinkers new reasons to travel.

Phoenix, AZ
The traditional testing grounds for chain restaurants in the U.S. is trying to move beyond the gigantic, overly sweet margaritas to something a bit more serious, and seriously tasty. It was notoriously hard to get a proper pour in the heart of Downtown before Bitter and Twisted opened. This new lounge sports a few rarities that are sure to perk up Phoenix drinkers. First, it serves food late and is open until 2 AM. Second, it is enormous on two fronts – the cocktail list is presented in book form, and the bar has more than enough room for all comers (it’s located in the Luhrs building – a historic landmark). And finally, we bet no one in Phoenix, or the rest of the country for that matter, has such a fetching mural of the 50 foot tall woman. We didn’t measure, but a quick gander indicates that the colorful artwork should have an “actual size” label next to it.